A friend sends me a message on Twitter and a few milliseconds later I receive the message. We go on sending each other messages but then I stop and wonder how the internet is able to send these messages seamlessly. After a little research, I learn about the OSI model.

OSI stands for Open System Interconnection. In simple terms, it is how two computers communicate with each other or how data is transferred from one computer to another. You might say to yourself “okay computers talk to each other that’s simple” it wasn’t always simple. When computers started being manufactured in a large scale, different vendors designed computers with different hardware and software architecture. A standard way of communication was needed. The OSI model was developed by the International Organization for Standardization (ISO) in 1984 to solve this problem.

Okay great! We know what OSI means now let's talk about why this article calls it a burger 🍔 but before that let’s understand the structure of a typical burger. A burger has two buns. One at the top and one at the bottom with layers in between them. The structure of the OSI model isn’t so different from a burger (at least to me). The two buns of the burger can be used to represent two separate computers and we’ll be exploring the layers in between these computers that facilitates smooth communication back and forth.

Our burger is becoming easier to visualize now that we know the layers that exist in between the buns. Now let’s open this burger up and understand what each layer is made of.

Commonly used computer applications that use the internet or a network function on this layer of the OSI burger. It is the layer a computer user uses to send and receive messages over the internet. This layer uses protocols like HTTP(S), FTP, SMTP, TELNET, etc. Examples of applications that help communicate on this layer are Web browsers like Google Chrome and Firefox, Mail Clients, File transfer clients and the list goes on.

This layer is responsible for setting up and terminating connection between parties on the internet. It works by using APIs, one of which is NETBIOS. Before a connection is secured with a server (another computer) on the internet, the server has to verify the identity of the client. This is usually done with a username and password. This process is called Authentication. The session layer on the server also needs to confirm that the client has the right to access a resource. This step is called Authorization. This layer takes on one more responsibility which is to keep track of where requested resources are sent to. This function is called Session management.

It is important to note that a web browser usually performs the functions of the application layer, presentation layer and session layer.

Routers live on this layer of the burger. The network layer performs logical addressing, path determination and routing roles. Each computer on a network is identified with an IP address, the network layer attaches the IP addresses of the sender and receiver of a data segment to each segment sent by the transport layer to form a Packet. The IP addresses are added to help the data arrive at its intended destination. The process of transforming a segment to a Packet is called logical addressing. The network also handles routing. Routing is the method of moving data packets from source to destination using the addressing done during the logical addressing stage. Two computers can be connected in different number of ways. The network layer chooses the best possible path for information flow using Path determination. A couple of path determination algorithms can be used for this purpose.

Packets from the network layer are sent to the data link layer. After the network layer adds the IP addresses of the sender and receiver to form a packet. The data link layer receives this packet and adds the MAC addresses of both computers to the packet to form a Frame. This transformation is called Physical addressing. The data link layer is embedded as software in the computer’s Network Interface Card (NIC). A MAC address is assigned to each card by its manufacturer. The data link is the means data is transferred from one computer to another via a local medium. A media in this case refers to physical links between two computers. This could be a copper cable, an optical cable or air (radio signals). The data link controls how data is received and placed on the media using techniques like Media Access Control and error detection.

Frames are sent from the datalink layer to physical layer. The physical layer converts these frames into physical signals for transmission over a media. It can be converted to electrical signal if the media is a wire, light signal for an optical cable and radio waves for air.

We've been able to go through the details of each layer and understand what they are made of. It's important to note that for a message receiver the journey starts from the physical layer through to the application layer where it is displayed.

This is really enlightening. 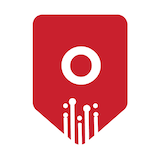 I talk to computers